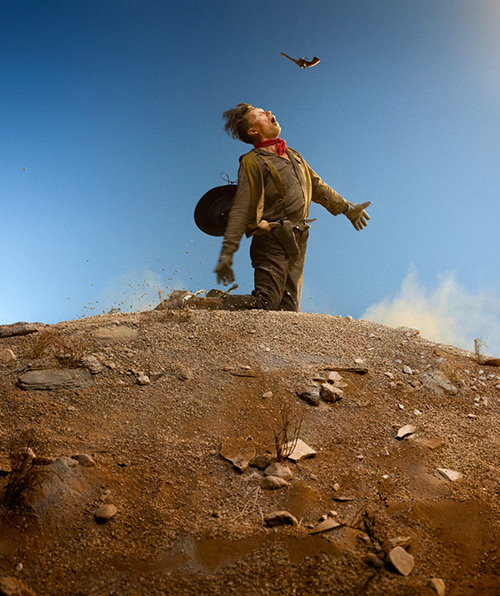 Lehmann Maupin London will present Part One: The Mountain, an exhibition of new work by artist Alex Prager. Both a photographer and filmmaker, Prager is known for her elaborately staged scenes that capture a moment frozen in time, inviting the viewer to “complete the story” and speculate about its narrative context. Prager cultivates an uncanny, dreamlike mood throughout her oeuvre – an effect heightened by her use of timeless costuming and richly saturated colors that recall technicolor films, as well as the mysterious or inexplicable happenings she often depicts. Her meticulously crafted photographs are filled with hyperreal details, from signatures on the cast of a high school football player or bandage on the nose of a woman running in terror, to the face in the reflection of a handheld mirror or figure revealed to be a cardboard cutout, firmly locating Prager’s images in the real world and belying the sense of the surreal that often pervades her work.

Although Prager’s immersive, large scale photographs of crowds are among her best known work the artist’s newest series evinces a return to portraiture, a genre she first explored early in her practice. Rendered on a smaller, more intimate scale that draws the viewer in, Part One: The Mountain features a series of stripped-down Americana portraits that capture the artist’s subjects in the midst of intense inner turmoil. The inspiration for The Mountain arose from Prager’s deep desire to examine the myriad emotional states we have all experienced during one of the greatest collective upheavals in modern society. Conceived as psychological portraits, these images visualize a private moment that is understood universally.