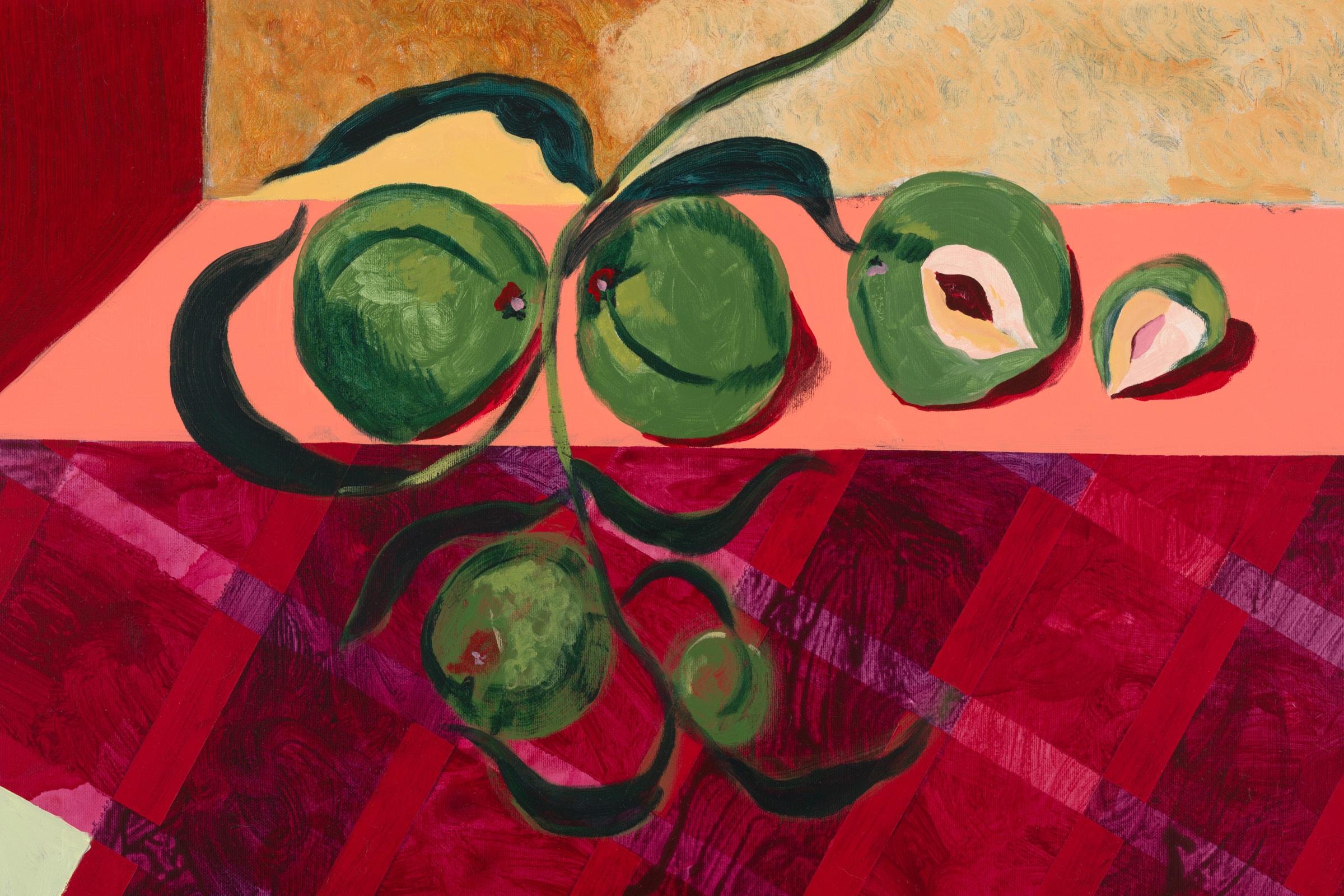 GRIMM is pleased to present a pearl caught between my teeth, an exhibition of new paintings and works on paper by Anthony Cudahy, on view at its Amsterdam gallery. This will be Cudahy’s first solo exhibition with GRIMM since the gallery announced representation of the artist earlier this year.

A book with a new essay by Ricardo Montez will be published on the occasion of the exhibition.

Within his latest body of work, on view in a pearl caught between my teeth, Cudahy reflects on the enmeshed categories of humanity and nature through their borderless relationship with each other. A new series of paintings stems from a tradition of seventeenth century Flemish landscape painting, where trees, flowers, shrubs, and rolling hills form anthropomorphic optical illusions of faces inscribed in the Earth. Cudahy translates this subject matter into the contemporary, mapping his figures into an excess of natural elements through varied painting techniques. Snakes become legs, flowers become abdomens – these works navigate the becoming of landscape for the subjects intimately depicted. The architecture of their surroundings performs a reflection, literally and figuratively, of the many ways we personify, engage with, indulge in, and stand at odds with our environments.

The exhibition takes its title from a line in a poem by Paul Legault, titled Ok. In these works, Cudahy questions whether nature is ambivalent or even antagonistic to humanity, while insisting on its personified poetics. Boundaries between subjects dissolve as they move into the landscape themselves, caught between realms of animation as seen in works such as loop (twilight), 2022 and Eveningdawn (Reverse Pareidoliac Figure), 2022. In the latter, Legault himself is depicted with his husband, their bent and reclining bodies entangled with the excess of a sun’s light and shadow.

A series of drawings which accompany the new body of work act as iconographic iterations of the narrative elements which anchor the paintings. Each explores a subject that plays out an entanglement later in the collected narrative of the exhibition allowing moments of focus to surface briefly between the splendor and overbearance of the natural world.