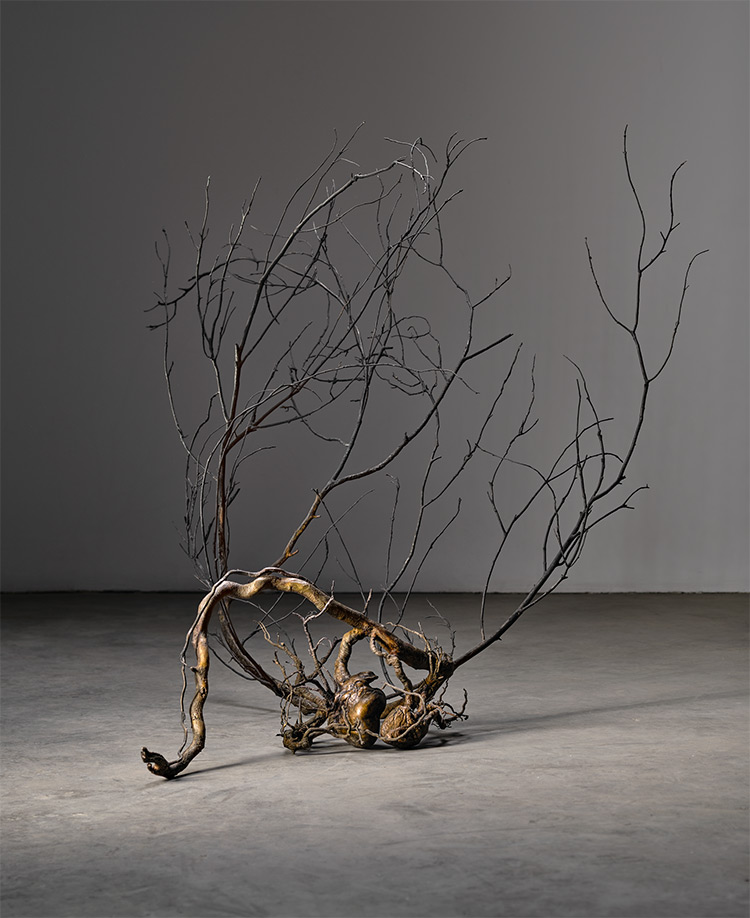 Keteleer Gallery is very pleased to introduce Basajaun in Bremdonck, the second solo exhibition by Spanish artist Javier Pérez. The exhibition consist of an entirely new series of bronze sculptures and charcoal drawings, a selection inspired by the rich history and location of the 14th century Bremdonck farmhouse which was saved from ruin after nearly collapsing under the weight of its own past and which sits surrounded by the rustling of trees witnessing the many stories of the people who pass through.

Javier Pérez has a very cyclical vision of time and his new bronze sculptures emerged from the reflection on how everything in nature is in a perpetual state of interdependent transformation. The wall sculpture Infinito Privado shows the evolutionary stages of a human head in which the last stage appears exactly the same as the first, symbolizing how an end is never the end but a new beginning in a process of infinite rebirth. Doble Latido, meaning ‘double heartbeat’, shows two hearts growing from a branch Pérez found on a beach and was inspired by Norse mythology on the origin of man which teaches us how the vegetal world was the source for human existence, a theme which is also beautifully articulated in the hanging sculpture Médula in which a human spine extends into roots that grow vertically in both directions as if seeking to connect with both the earth and the sky.