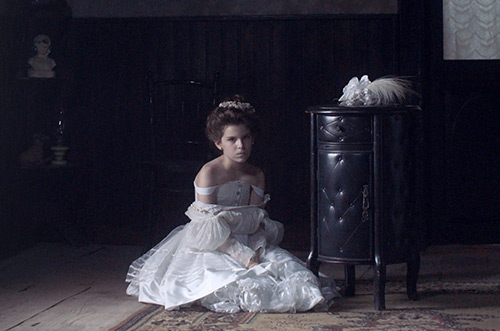 Garage Museum of Contemporary Art presents the premiere of Théo Court’s film Blanco en Blanco, one of the films which won an award at the New Holland International Debut Film Festival. The film participated in the festival’s main competition and won the Jury Award. Garage Screen will host the Moscow premiere of Blanco en Blanco, which previously won the Best Director award at the 76th Venice Film Festival’s Orizzonti program.

In the early twentieth century, photographer Pedro (played by the outstanding Chilean actor Alfredo Castro) arrives in Tierra del Fuego to capture the marriage of an influential landowner. But the wedding keeps getting postponed, so Pedro, fascinated by the beauty of the bride-to-be, breaks the rules and finds himself face to face with the land, which is inextricably tied to violence and the genocide of indigenous peoples. The starting point for Théo Court’s second feature was the photos of massacres of the native Selk’nam people. The director, who is also a photographer by training, styled his hypnotic anti-colonial message to resemble the photo art of the early twentieth century. In the slow, mostly static shots of this film, which is clearly imbued with Kafkaesque motifs, Russian audiences will recognize a kinship with the early works of Alexey Balabanov, especially his film Of Freaks and Men.