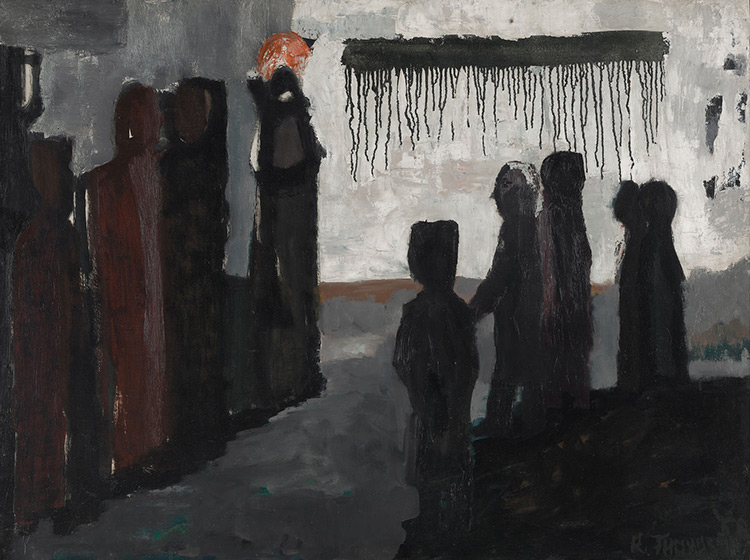 Bob Thompson: This House Is Mine offers a rich reconsideration of a visionary African American painter and borrows its name from a diminutive but exquisite painting created by the artist in 1960. With this title, Thompson declared his ambition to synthesize a new visual language out of elements of historic European painting.

The first museum exhibition devoted to the artist in more than 20 years, This House Is Mine traces Thompson’s brief but prolific transatlantic career, examining his formal inventiveness and his engagement with universal themes of collectivity, bearing witness, struggle, and justice. Over a mere eight years, he grappled with the exclusionary Western canon, developing a lexicon of enigmatic forms that he threaded through his work. Human and animal figures, often silhouetted and relatively featureless, populate mysterious vignettes set in wooded landscapes or haunt theatrically compressed spaces. Thompson reconfigures well-known compositions by European artists such as Piero della Francesca and Francisco Goya through brilliant acts of formal distortion and elision, recasting the scenes in sumptuous colors. On occasion, fellow contemporaries appear, for instance jazz greats Nina Simone and Ornette Coleman and the writers LeRoi Jones (later Amiri Baraka) and Allen Ginsberg.

Bringing together paintings and works on paper from almost 50 public and private collections across the United States, This House Is Mine centers Thompson’s work within expansive art historical narratives and ongoing dialogues about the politics of representation, charting his enduring influence.