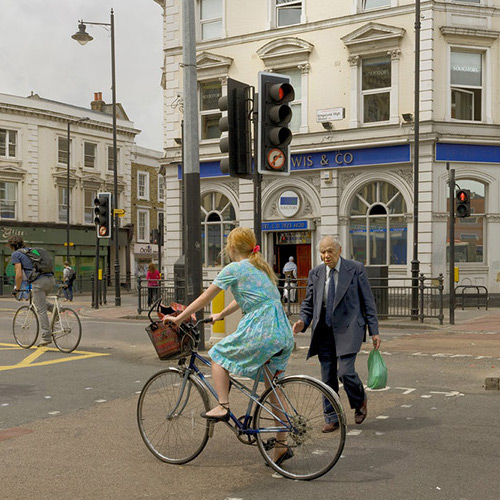 Robert Koch Gallery presents The Corners, a series of photographs by British photographer Chris Dorley-Brown, whose surreal and off-kilter imagery of his hometown streets of the London Borough of Hackney is comprised of many separate relatively narrow captures taken from the same vantage point over an extended period, sometimes up to an hour at a time. The artist sets up the camera in one location, and tilts and pans around the cityscape to capture the activity on the street, along with it’s unsuspecting protagonists. Once he has returned to the studio, he overlays the resulting moments into one central composition or alternate reality, which initially presents the viewer with a sense of familiarity, but dually takes on a dreamlike tone.