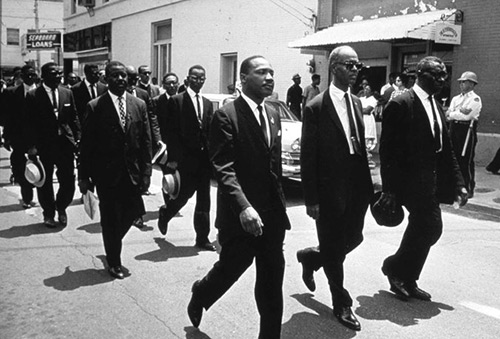 Martin Luther King Jr. Day – The official namesake national holiday in the U.S. which falls on the 3rd Monday of January and not always on his birthday (January 15, 1929 – April 4, 1968), has itself had a history of struggle in first becoming law in 1983, with general observances in all 50 states virtually needing a mandate starting only in the year 2000.

Through some strange social contract, the civil inequities have only been transformed into legal institutionalized violence which continues to this day and the very notion of equality as an ideal is under attack by certain extreme right wing groups – or not so extreme as it turns out – some of whose most ardent champions and known associates continue to occupy seats in Congress and openly serve at the White House.

Now, over half a century after MLK’s assassination, the country still has a long journey ahead.