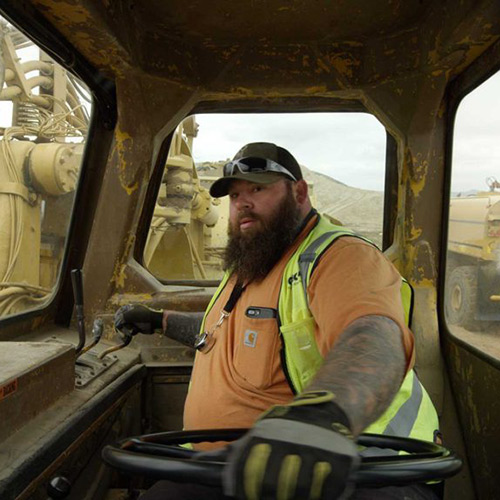 Anthology Film Archives continues its longstanding commitment to showcasing the work of Austrian documentary filmmaker Nikolaus Geyrhalter with this premiere engagement of his most recent film, EARTH. A film that is eminently timely, while avoiding the familiar rhetorical devices and uninspired formal qualities of more run-of-the-mill “social issues” docs, EARTH casts its glance widely (from California and Alberta to Austria, Hungary, Italy, Spain, and Germany) to depict the myriad of ways that human beings across the globe transform their natural environments.

“The film starts with the statistic that humans move 156 million tons of rock and soil a day, making our species ‘the most decisive geological factor of our time.’ Geyrhalter supports this with eerie and scalp-tinglingly vast landscape shots that are now a feature of his work: images of Kubrickian strangeness, like pictures from another planet, some distant, grim, mineral-rich moon that we are callously exploiting because we don’t care about it.” –Peter Bradshaw, The Guardian