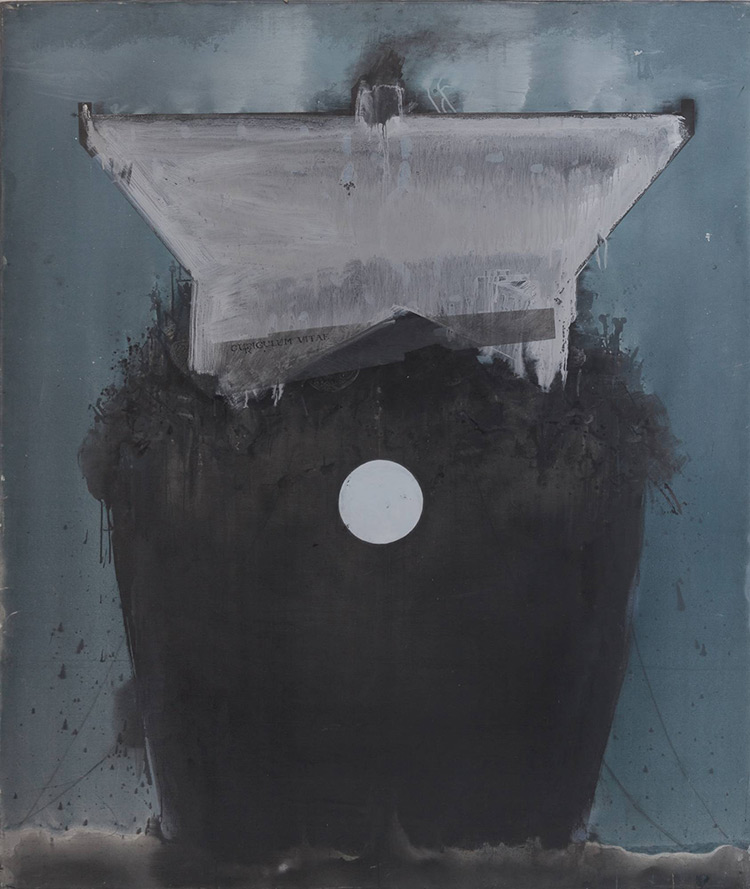 Galleria Raffaella Cortese is proud to present Al di là del vetro (On the Other Side of the Glass), Edi Hila’s first solo show with the gallery and our first exhibition of works on canvas in over 25 years of programming.

After visiting the gallery’s spaces, the Albanian artist conceived this project entirely from home, where he rebuilt the three exhibition venues as maquettes. In Tirana, he created each site specific work meditating on the idea of displacement, mental and physical, and on the gallery as a fluid container for the assembly and disassembly of ideas. The result thus broadens the usual boundaries of the pictorial medium: each painting is site specific, inextricably linked to the architecture – both of the exhibition space and of the portrayed locations – and the objects that inhabit them, as well as the photographic act that is at the origin of each work.

The idea of displacement is the common thread that ties together many of the exhibited works. Hila, immediately after the Italian lockdown of Spring 2021, visited the exhibition spaces in Milan and then started to conceive the exhibition from his home in Tirana, where he rebuilt, with a maquette, the headquarters of the gallery. ‘Moving’ from Italy to Albania in a mental and almost ‘physical’ way, albeit in scale, the gallery ceased to be just an exhibition space and became a device of thought. Brining the gallery with him also meant the artist had it close to him in those months of the pandemic that marked all of our lives with the difficulty of traveling. As the artist writes: “the gallery has now been transformed and becomes a creative terrain, as if it were a ‘laboratory,’ a source of proposals on the project to be realized. Even the model in itself undergoes changes during the creative process. This cannot be a place of real exposure, but it is a terrain suitable for creation, experimentation, it becomes a playing field to exercise imagination, an important personal moment that feeds the internal dialogue.”