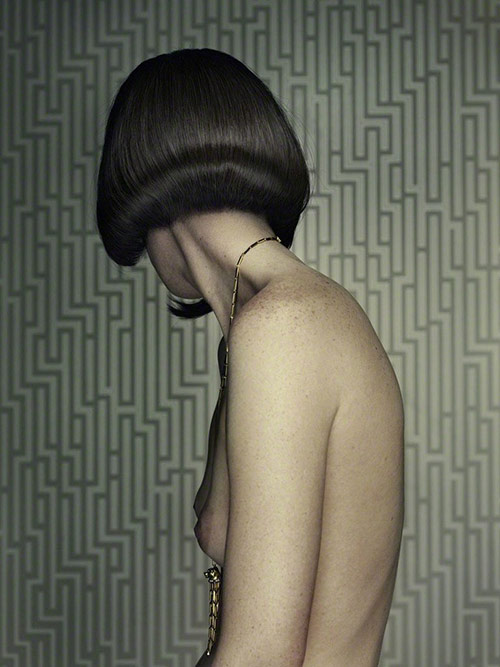 Erwin Olaf’s women subjects are staged in highly composed images of formal perfection while instilling a sense of quiet drama into his scenes, resulting in an air of ambiguity and narrative uncertainty.

A selection of the works in the exhibition are vintage prints and have never been shown in a gallery setting before now, others are journalistic images, and early pictures comprising some of the first photographs Olaf took in his studio. Beyond this, the exhibition reveals turning points in Olaf’s work when he begins to shoot in color, adopts carbon printing and explores new themes. Olaf emerged on to the international art scene in 1988 when he was awarded first prize in the Young European Photographer competition, closely followed by an award at the Ludwig Museum in Cologne, Germany. In his early work, Olaf addressed subjects such as race, class, sexuality and beliefs, defining his own subjects and exploring these in black and white (Chessmen, Squares, and Blacks) and in color (Rain, Hope Grief, Dusk,and Dawn). In more recent years he has been creating images that resemble paintings or cinematic scenes, adopting the role of director as well as photographer. Berlin, Shanghai, and Palm Springs, a three-part project, looks at renowned cities undergoing seismic change in the modern world.