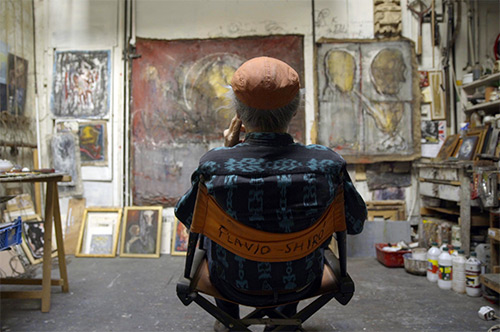 Flavio-Shiró is a cult artist, a painter’s painter. His work defies categorization or association with any artistic group or movement. For more than six decades, his work has simply been modern.

The painter is now the subject of a forthcoming documentary film, FLAVIO-SHIRÓ, directed by Margaux Fitoussi and Adam Tanaka (who is the artist’s grandson). Made in conjunction with a major retrospective of Flavio-Shiró’s work in Rio de Janeiro and São Paulo in 2018, the film also commemorates the painter’s recent awarding of the Order of the Rising Sun by the Emperor of Japan, the highest honor conferred by the Japanese government to non-politicians.