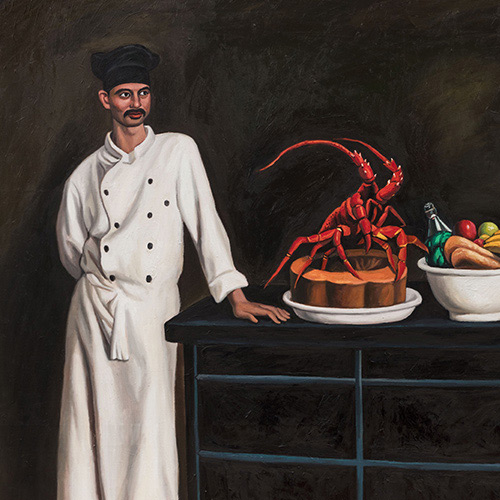 Fragrance of the Night was released in the 1940s. It was thought to be an “anesthetic” song for the people in the enemy-occupied territory and regarded as decadent music. The song became widely popular, with nearly a hundred covers performed by many singers. Another meaning of the exhibition title is “tuberose” which is a type of plant that grows in Southeastern China, tropical Asia and South America. It is a night blooming flower that is known for its intense fragrance and exotic culture.