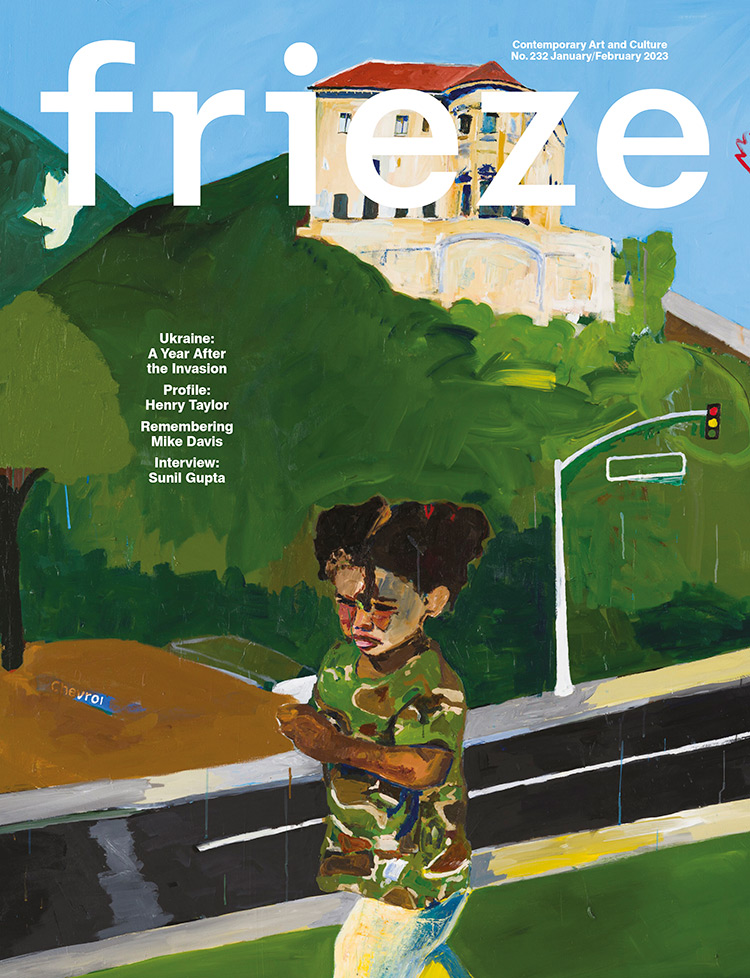 Adolescence is one of the themes that weaves through this eclectic edition of the Frieze Magazine. As a theme, it gives our columns their shape, with essays on how we look at and think about youth around the world: from five artists on their first encounters with art; through a profile of a young punk band, the Linda Lindas; to photographer Justine Kurland on the ethics of photographing young girls.

Anchoring the features section is our senior editor Terence Trouillot’s tender profile of our cover artist, whose solo show at the Fabric Workshop and Museum in Philadelphia next month, in tandem with his bumper retrospective at the Museum of Contemporary Art, Los Angeles, which runs through April. Trouillot – a new father – admires the way Henry Taylor looks closely at those he loves, including his young daughter, Epic.

Elsewhere, Justin Beal remembers the late American writer Mike Davis and the Los Angeles he exalted and critiqued in equal measure; Megan Nolan dives into the representation of women’s rage on the 50th anniversary of Roe v. Wade; and, in a wide-ranging conversation with Tausif Noor, photographer Sunil Gupta reflects on his early love of Bollywood, his career documenting queer desire and intimacy and how much India and the London of his youth have changed. ‘I had the bizarre experience of going to India in the 1980s, when you couldn’t even mention the word “gay,” to being there in 2010 when so many people had come as queer.’

This February also grimly marks the one-year anniversary of Russia’s full-scale invasion of Ukraine. In a dossier on the conflict, we hear from a poet, a curator and two artists, who have been working to preserve their artistic and cultural heritage amidst the carnage. Artist Kateryna Aliinyk describes fleeing her home in Luhansk and how she reflects on her youth in paintings of ravaged eastern Ukraine, a landscape she cannot return to until the mines are cleared, though much of family still lives there, behind the front line.