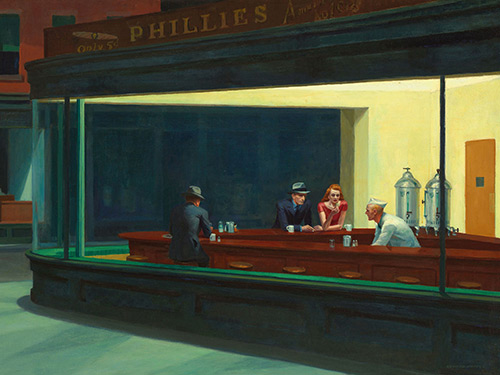 Exhibition on Screen launch their tenth season of art films with the release of Hopper: An American Love Story, in theaters across America from October 11, 2022. Written and directed by BAFTA award-winning director, Phil Grabsky, this fascinating documentary examines the life and legacy of one of America’s greatest artists, whose iconic streetscapes, and poignant portraits of American life continue to inspire and captivate audiences across the world.

Writing for Time Magazine in 2011, Robert Hughes described Edward Hopper as “Along with Jackson Pollock… probably the most original American painter of the 20th century.”

Hughes also proposed that “no American painter has influenced popular culture more deeply,” a claim easily evidenced by the countless artists, writers, filmmakers, photographers, cartoonists, and musicians who have drawn inspiration from his artworks.

Defined by “a unique pictorial vocabulary, pioneering use of color, and mastery of light and shade” [Another Man, 2020], Hopper’s work is some of the most recognizable art in America, referenced and immortalized by such diverse creatives as Alfred Hitchcock, David Lynch, Wim Wenders, David Hockney, Mark Rothko, Norman Mailer, Paul Auster, Tom Waites, The Simpsons, and Banksy.

Yet for all their popularity, Hopper’s paintings remain as enigmatic today as when they were created, ensuring his place as one of the most intriguing artists of his generation.

Filmed on location in the USA and Paris, Hopper: An American Love Story takes audiences on a profound journey, shining a light on Hopper’s art, vision, eccentric lifestyle, and relationships. Central to the story is his enduring collaboration with fellow artist, Josephine Nivison Hopper, his wife of 43 years, who unwittingly sacrificed her own career to bring him to prominence.

The film features archival footage of interviews with Hopper, and insightful commentary from diverse international experts, interspersed with readings from Hopper’s and Josephine’s recently discovered diaries and letters. 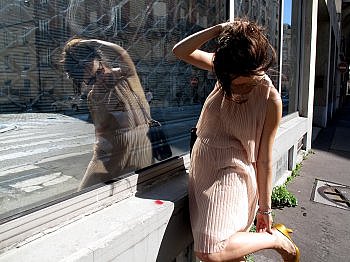