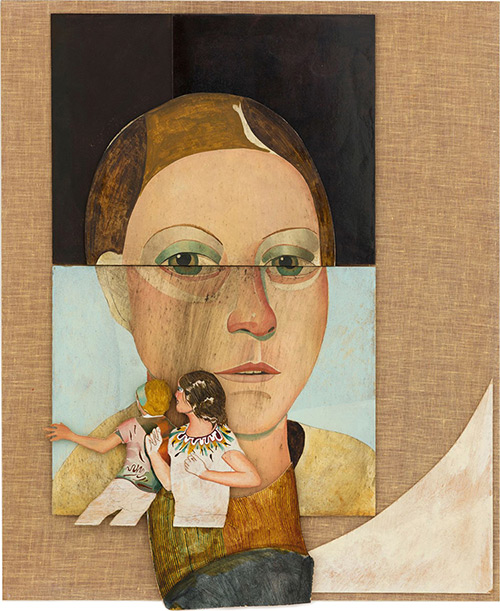 For his second exhibition at Perrotin Paris, Inner Songes, Jens Fänge presents more than two dozen new paintings as part of greater mise-en-scene that transforms the gallery itself into a human-scale composition.

Jens Fänge’s three-dimensional paintings welcome the viewer into topsy-turvy dreamscapes in which recurring figures, faces and furniture appear to hover over sparse domestic interiors or Jens Fängeabstract backgrounds. In addition to using small wooden and copper elements to build and populate multiple planes within each composition, Fänge pushes the limits of painterly dimensionality even further by extending his fictional realms beyond the typically hermetic picture plane and into real space.

Collapsing the boundaries between his artworks and their exhibition space, Fänge uses modified photographs of his framed compositions or snapshots of his own surroundings to create yet another pictorial layer.