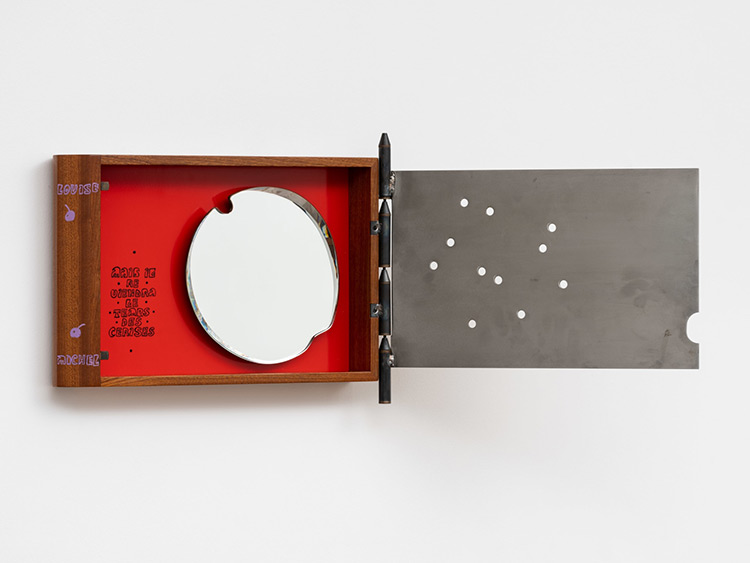 Interior is conceived as a gathering, convened in the grand yet domestic rooms of Michael Werner Gallery. Each work a portrait in one sense or another, they share a charged intensity driven by a desire to capture the interior lives of their subjects, and in so doing come to read as portraits of interiority itself. Navigating spaces simultaneously bodily, psychological and architectural, the exhibition will feature new paintings, sculptures and ceramics by a multi-generational group of artists, many of whom are connected through webs of friendship. New and recent works by Kai Althoff, Nairy Baghramian, Enrico David, Jake Grewal, Christina Kimeze, Florian Krewer, Andy Robert and Willa Wasserman will be brought into dialogue with historic works by painters including Gwen John, Francis Picabia, Anita Steckel, Félix Vallotton and Édouard Vuillard. The works in Interior revel in an atmosphere of fraught intimacy that emerges only in the mire of knowing and being known.

Gwen John is the exhibition’s point of departure. Her quietly intense studies of a small group of sitters lay bare her intimate relationships and a longing to unearth truths. Like the rooms they inhabit, her bodies become enclosures, revealing and deflecting what lies within. Through repetition and a spare painterly technique that appear to make the sitter and the room appear as one, John created portraits in which subjectivity is suffused in every detail, at once present and ineffable.