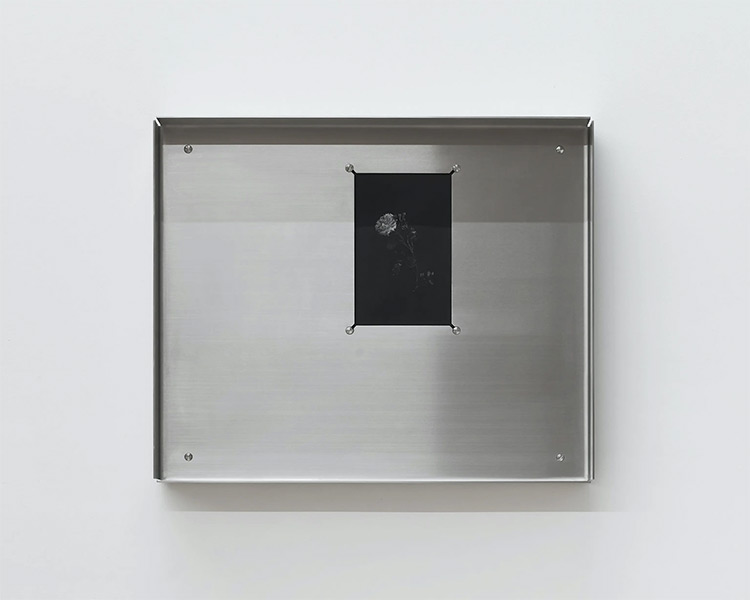 We are honored to present Sub Rosa, an exhibition by Joanna Piotrowska and design studio Formafantasma. Developed over an extended period – beginning with a residency at ARCH, Athens, where the show’s first iteration runs concurrently until December 23, 2022 – the resultant works fuse photographic prints with a series of stainless steel ‘anti-frame’ framing devices, created in site-specific response to the gallery spaces.

Comprised of elements, materials and forms found in or referring to interrogation rooms (stainless steel, a barrier, a two-way mirror, a border) the conception of the sculptural objects derives from conversations between Piotrowska and Formafantasma following a 2015 incident in which Piotrowska found herself accused of spying and questioned by local military police in Nagorno-Karabakh, a disputed territory between Armenia and Azerbaijan. “After the interrogations”, she recalls, “I was released and told I should continue taking photographs. Disturbed by the experiences and knowing my every move was followed, I decided to censor myself and focus my attention on what, it seemed to me, was the only safe subject in a place of military conflict – the omnipresent roses.”

Following this experience, Piotrowska continued to photograph roses, an enduring presence across shifting contexts and locations. Documenting a subject which, on its surface, might profess to sidestep controversy or place the photographer in a position of assumed neutrality, the images contain a germ of resistance or concealed power which is gestured to in the project’s title, Sub Rosa (a Latin phrase which translates as ‘under the rose’), signalling secrecy or clandestine activity.