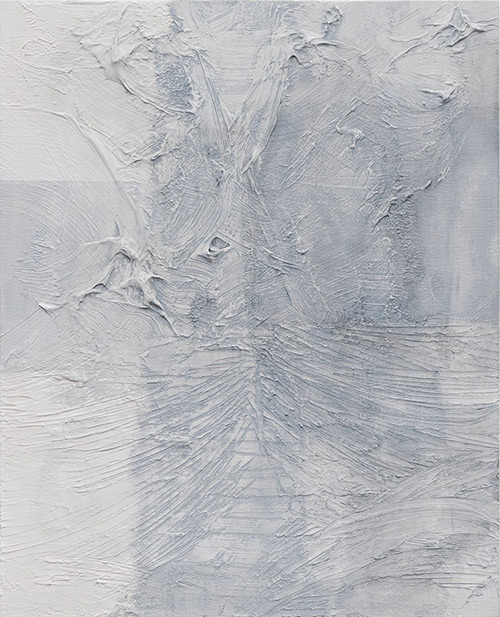 While the process of casting is often considered in relation to permanence as the final move which fixes an expression into place, Henderson’s exhibit utilizes the cast object as a point of departure.

Galerie Perrotin in Paris is pleased to host a new exhibition of works by American artist John Henderson, his sixth solo exhibition for this gallery and the second in Paris. Henderson continues to interrogate the practice of painting, performing the role of the Painter while approaching concerns about artistic production that extend beyond medium specificity.

By returning to and revising seemingly terminal objects, the artist proposes an analogy between casting and photography, considering their shared engagement with indexicality, seriality, cropping and omission.

This cast metal painting is produced using a process known as electrotyping. Copper ions are slowly deposited through an electrolytic bath into a conductive mold taken from an original painting. Building up one layer at time, a copper reproduction of the entire canvas is created. The result, a metallic document of the painting, is almost sculptural, emphasizing the dimensionality not only of each brush stroke, but of the canvas and frame, too. The initial painting, itself a record of gesture on canvas, is then discarded, while the final copper object presents canvas, frame, and expression as a single and comprehensive object, readily identifiable with painting.