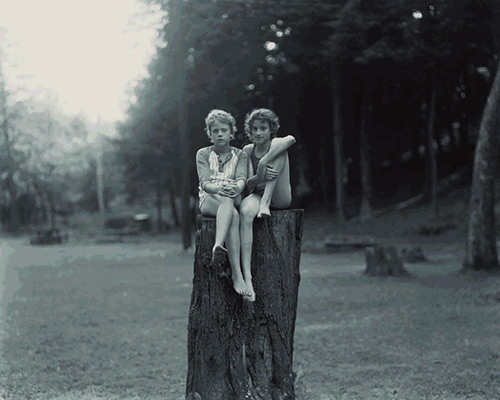 Startling in their transparency, the photographs of Judith Joy Ross (Hazleton, 1946) attest the ability of a portrait to glimpse the past, present, and even the future of its subject. Since the mid-1970s, Ross has used large-format cameras, printing the resulting negatives by contact to memorialize her brief encounters with a cross-section of individuals, with a focus on the working-class people of northeastern Pennsylvania, where she was born, raised, and still lives.

Without sentimentality or irony, Ross registers with steely delicacy the faces and bearing of the people who stand before her lens, intent on seeing the complexity of who they are rather than a projection of who they might otherwise be. This has required a spontaneous and radical leveling of the relationship between photographer and subject.

Ross’s portraits are often, but not always, made in the context of series animated by moral, civic, or existential concerns. They address the sweep of human experience – innocence and loss; bravery and fear; bitterness and beauty; resilience and disenchantment – themes Ross has explored in subjects ranging from children at municipal parks and public schools and elected members of Congress, to African immigrants in Paris and strangers encountered on a cross-country drive. America’s engagement in various wars has spurred some of Ross’s most riveting portraits, of visitors to a national memorial, reservists called into active duty, and civilians who have either supported or stood in protest against these campaigns.

The distinctive way in which Judith Joy Ross tensions intimacy and emotional distance reveals the mutability of fellow beings subject to the greater forces of the world. For her, the camera is a tool not only for connection, but also for transcendence. “Without a camera, I am often anxious and unforgiving in my judgment,” Ross has said. “With a camera, I can come to see and make sense of it all.”