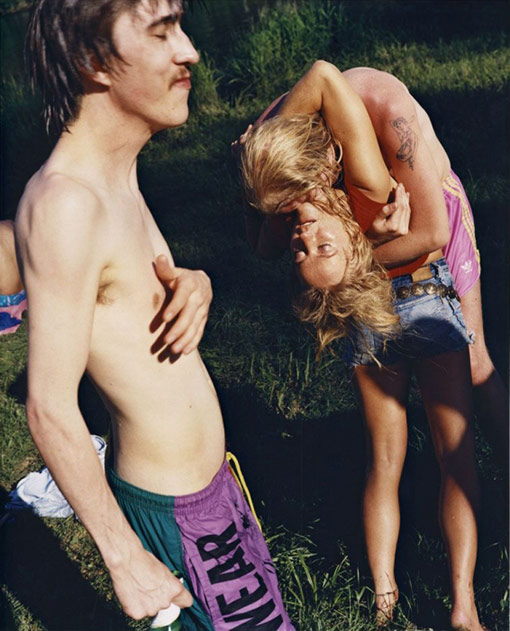 Whether creating an acid portrait of Sweden, representing the nightmarish world of business offices, tapping into the desolate uniformity of petrified, petit-bourgeois neighborhoods, Lars Tunbjörk has totally forgotten his black and white beginnings.

All his energy is now devoted to the exploration of color, which he approaches in the style of 1970’s American photographers. This is his starting point for questioning the world, a series of interrogations more than observations, which he develops without pessimism but with an undeniable affliction softened by a biting humour. Over time, his approach has become radicalized and purified by being less and less anecdotal. Consequentially, his series no longer represents characters but rather the often absurd track of their presence and their actions.

His works belong to the collections of museums like the Museum of Modern Art in New York and in Stockholm, the Centre Pompidou and the Maison Européenne de la Photographie in Paris, the Museet for Fotokunst in Denmark or the Fotomuseet in Norway.

Featured in:
A View from the Side / Lars Tunbjörk
Paris Photo 2017