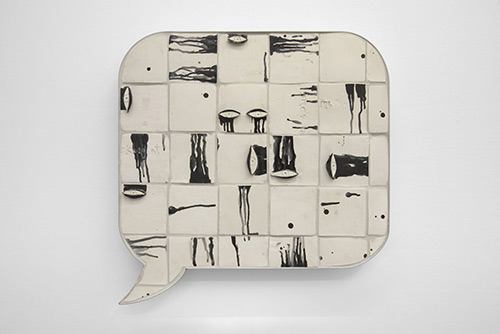 With the exhibition of Liz Craft, the Kunsthalle Bremerhaven is realizing the first major solo presentation of the American artist in Europe for 15 years. Liz Craft belongs to a generation of representational sculptors who developed an allusive, humorous, surreal and feminist-infused language in LA in the early 2000s. Anchored in California’s popular and counterculture, her work often has psychedelic aspects, crossing the borders of the eccentric, abject and provocative.

Craft uses a variety of materials for her work – from found objects and papier-mâché to plaster and ceramics. She finds the motifs in her everyday life, her surroundings, her memories, fantasies and dreams. Correspondingly, Craft’s works are characterized by a great directness, which is however complicated by the interlacing and overlapping of the subjects and references as well as their turn into the grotesque and the super-real. Because with the assembly of what (usually) does not belong together, “meaning” superimposes itself layer by layer and torpedoes itself. Visually, however, “sense” is created.

Consequently, Craft’s works cannot be stopped, but point beyond themselves in a spiral movement. They oscillate between everyday banality and fantastic scenarios. In them, the real mutates into the unreal, the absurd grows out of the everyday. They are familiar and absurd at the same time. Although they have a kind of humor that could be described as fast or direct.

It is this complication that makes Liz Craft’s work so interesting. And which also marks its difference from the widespread recourse to the surreal or magical in current contemporary artistic practices. Because with Craft, the unreal is repeatedly “captured”, so to speak, “grounded” by its anchoring in everyday life. How, the other way around, the banal is transcended by the fantastic.