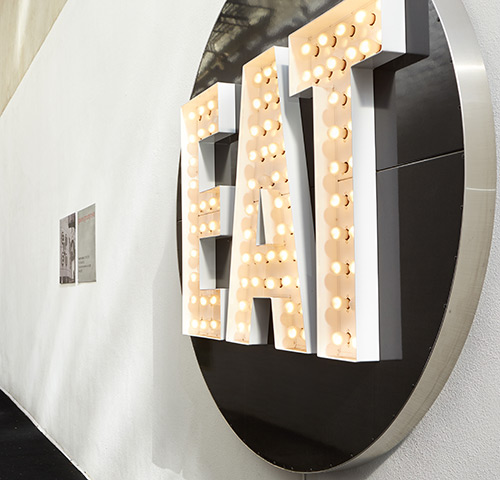 Galerie Gmurzynska is pleased to announce a career-spanning exhibition of notable and rarely seen works by Robert Indiana (1928-2018). “LOVE is in the Air” will feature works from 1959–2007 , highlighting Indiana’s expansive and multi-faceted career.

Featured in the exhibition is LOVE WALL (Red Blue) 1966-2007, a spectacular reimagining and quintessential hallmark of Indiana’s most celebrated work. Renowned for his unique word-image, Robert Indiana first conceived LOVE for MoMA’s Christmas card in 1965. A stamp bearing the same motif became a bestseller when it was released in 1973, and LOVE would soon grace innumerable pieces and media of various measures and forms across the globe, spreading Indiana’s universal message in the most democratic and powerful way art is capable of.