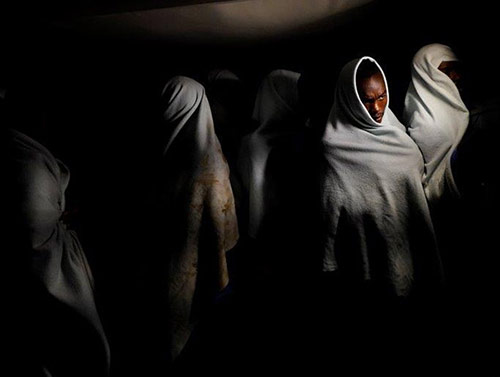 Once again, this year, Médicos del Mundo presents the Luis Valtueña International Humanitarian Photography Award to denounce the situation of millions of people in the World. This award comes as a tribute to and in recognition of Luis Valtueña, Flors Sirera, Manuel Madrazo, and Mercedes Navarro, Médicos del Mundo aid workers killed in Rwanda in 1997 and in Bosnia in 1995 while performing their duties as international humanitarian aid workers. Their memory serves to ensure that each year victims of injustice are brought to light. Give them a voice through your gaze. And in doing so, together, we can bring injustice to an end.

The Luis Valtueña International Humanitarian Photography Award is held annually in memory of four aid workers killed in Rwanda in 1997 and Bosnia in 1995 when they were working on humanitarian action projects: Flors Sirera, Manuel Madrazo, Mercedes Navarro and Luis Valtueña. The latter was a photographer by profession, which is why this award bears his name, and in Spain he worked as a reporter for the Cover agency.