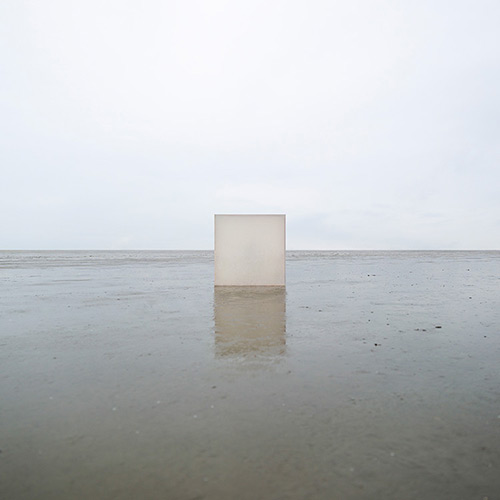 Gallery Hyundai is pleased to present Nothing, But, a solo exhibition of photographer Myoung Ho Lee who has earned international acclaim for his poetic yet philosophical work. This exhibition introduces his key series Tree and Mirage as well as previously undisclosed works Nothing But and 9 Minutes’ Layers.

If Myoung Ho Lee’s Art-Act Project uncovered reality in installing a canvas behind a tree, or created an unreality by placing it in the middle of a desert, the canvas within Nothing, But, merely stands. Having relinquished the function of revealing or creating something, the canvas encompasses everything precisely because it does not offer anything in specific. This gesture infinitely expands Lee’s creative world of approaching traces of being and the essence of existence.

Captured from a vertical perspective, the new series Tree… and Stone… presents the relationship between the observer and subject, and extended sense of time and space. This exhibition, composed of works rooting from reality and unreality, the in-between or even territories beyond, does not limit itself to the shift in perception based on materialized images – instead, it aims to encompass even the experiences of the invisible.