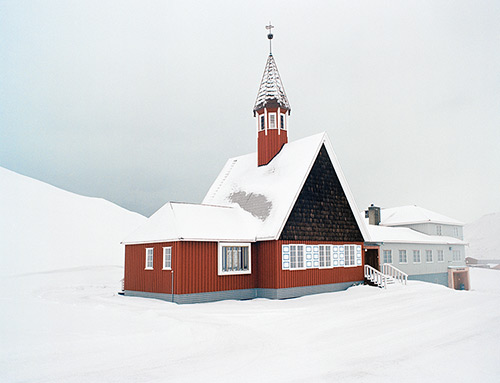 The Arctic was never considered a place for women. Throughout history, women have been deemed unfit to deal with the challenges that come with an isolated life in the wilderness. Non-indigenous people to the Arctic have long conceptualized the polar region as a barren, inhospitable landscape where only the toughest men could survive. Built on this statement of the adventurous and engineering nature of men is the systematic refusal of women into the arctic world. Nonetheless, the Arctic and generally speaking Nature, generally speaking, are traditionally granted with feminine features in the Western world. Initially, it was regarded as a region to be conquered and penetrated. Whereas this view has shifted in post-colonial times, the Arctic is still conceived as feminine and is now collectively imagined as a pure, pristine place in need of our protection. A barren, virgin land in distress. By imposing on it an identity of an object of desire, this one-sided and simplified view is not aligned with reality. The project Only Barely Still aims to propose a different narrative of the Arctic and its collective imaginary. By standing on the axis of two misconceptions – about the Arctic and the women in it – it wants to respectfully capture their synergy.