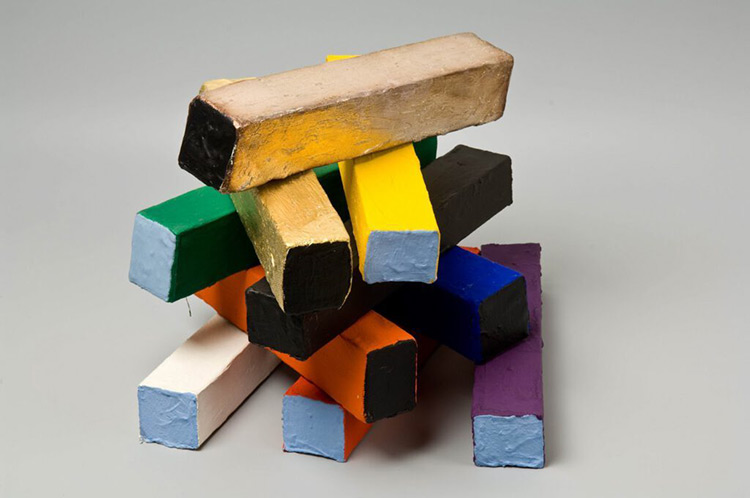 Dynamic Project showcases the wide-ranging oeuvre of Philippe Van Snick (Ghent, 1946 – Brussels, 2019). The exhibition is structured around ten clusters, a reference to the decimal system (0-9) that is intrinsic to Philippe Van Snick’s work. As an artist, he observed the complexity of life and the world around him. He translated his insights and reflections into a simplified visual language.

In the exhibition rooms, key works alternate with surprising and lesser-known ones. It is almost impossible to categorize Philippe Van Snick’s oeuvre due to the urge for freedom, openness and non-conformism that it expresses.

Philippe Van Snick’s oeuvre shows no abrupt stylistic breaks. It is more a meandering process of reflection in which his intentions become visible. His works are characterized by a personal note, an understated artistic gesture and the echo of vulnerability. Special attention is paid to Van Snick’s intimate living environment in Brussels, his garden and home in France, and his lifelong fascination with the beautiful structures and cycles of nature. He instinctively played with natural elements in his work, which he complemented with geometric interventions.

Dynamic Project presents Van Snick’s first sculptural analyses and his mathematics-based explorations of time and space. Also on view are conceptual photographs and short films. The exhibition reflects on Van Snick’s later experiments with color, in which he started mixing the ten shades. This gave rise to a more nuanced color palette that was even closer to his internal world, while also building on his interest in the landscape, the external realm.