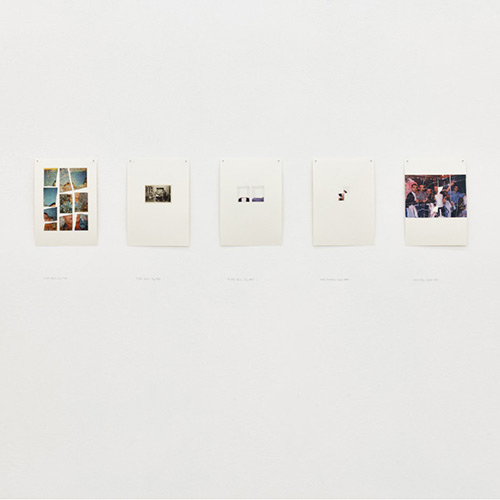 For the second time, Galleria P420 is pleased to present a solo exhibition by the German artist Joachim Schmid, with the title Photoworks.

Already active on the German scene since 1980 as a photography critic, essayist and publisher, in 1982 Schmid founded Fotokritik, a completely self-produced magazine that immediately became a vehicle for his theories.

His reflections do not have to do with so-called art photography, but with everything that is “left out” and therefore does not aspire to a condition of “authorship.” He explores the photography that manifests itself when millions of cameras produce billions of photographs, investigating its many hidden meanings in a pioneering approach.

His systematic gathering is free of scientific or classifying intent, but has the sole aim of bringing out the immense concealed potential of the photographs themselves. Schmid immediately began to work (in 1982) on one of his vastest projects, Bilder von der Strasse (Pictures from the Street), comprised of all the photographs he has been able to find in public places over a span of 30 years.