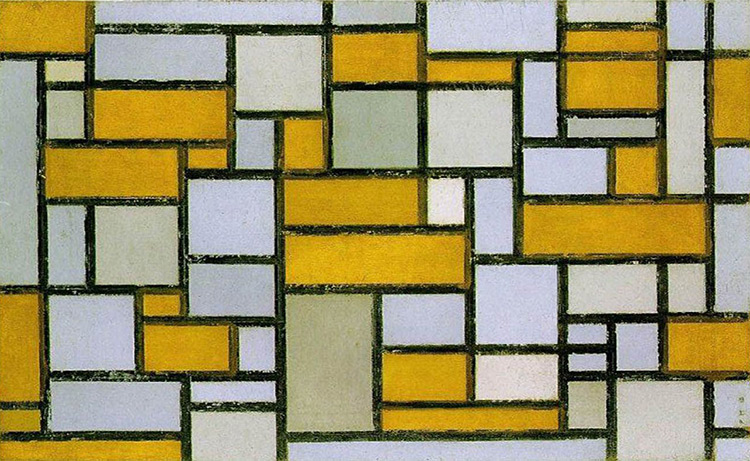 Many know the painter Piet Mondrian as the creator of formally stringent geometric compositions with black and white lines and fields of color. However, the fact that in first decades of his career, the artist focused primarily on landscapes and other representational motifs is hardly known among the general public. The Kunstsammlung Nordrhein-Westfalen presents Mondrian’s path from the early naturalistic paintings to the late abstract works and traces the formal connections that exist between paintings spanning five decades.

Since the beginning of his artistic career, Mondrian was preoccupied with the search for a pictorial language that would express the universal, the deepest essence of all that exists. For Mondrian, making this invisible, spiritual dimension visible was possible through the perfect balance of all pictorial elements, which he finally achieved in the early 1920s with his Neo-Plasticist works and continued to develop until 1943.

The exhibition, which is devoted primarily to the early paintings, reveals how Mondrian’s development progressed step by step and gradually approached the goal of depicting the absolute. The beginnings of this artistic “evolution” can be studied particularly well by means of landscape motifs. With the help of windmills, lighthouses, dunes, and farms, the artist developed his formal language, in which he concentrated on the composition of surfaces, vertical and horizontal lines and their rhythms. Both the naturalistic and the late abstract works are the consequence of an intuitively guided approach and by no means the result of mathematical rationality.

The exhibition is courtesy of the Fondation Beyeler, Riehen/Basel and the Kunstsammlung Nordrhein-Westfalen, Düsseldorf, in conjunction with the Kunstmuseum Den Haag.