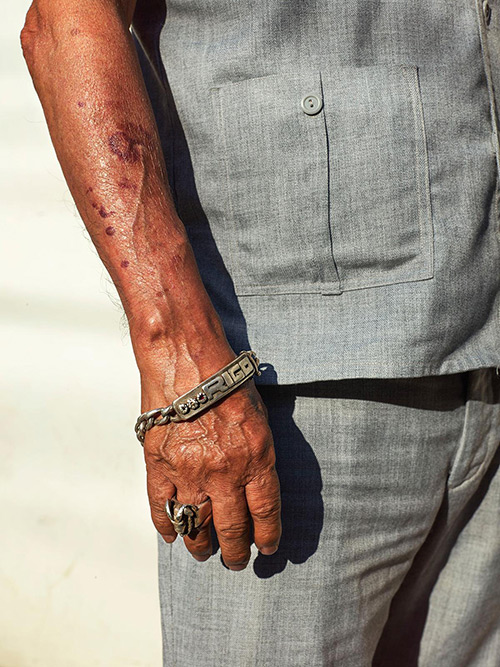 An April visit to Chapultepec Castle in Mexico City was the starting point for Aquí se rompió una taza, part of which is on show at Centro Fotográfico Manuel Álvarez Bravo in Oaxaca de Juárez.

Hugo was struck by David Alfaro Siqueiros’s room-spanning mural in the castle: Del Porfirismo a la Revolución. ‘It’s like a photo essay in one huge painting,’ he says, ‘As opposed to the journalistic approach of capturing one moment, muralism takes on multiple facets of history, depicting various sequences and the consequences of events.’

It’s a space Hugo inhabits, too, his work flitting between art, documentary and theatrical presentation. His photograph of garbage collectors, who are part of a street theatre troupe, mimics a protest scene from Siqueiros’ mural, their direct gazes a signature of Hugo’s portraiture.