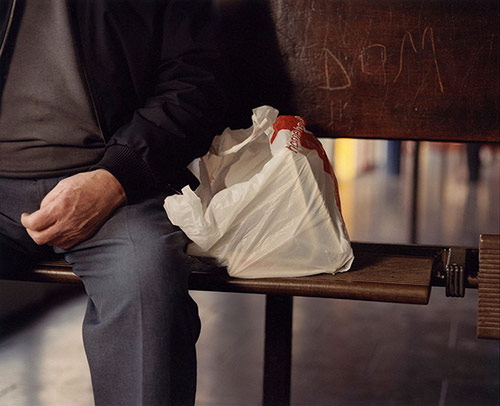 “I began to see, feel and understand its effect, I was becoming sensitive to light. Being patient in such a transitional space began to amplify every detail. Everything became significant.” –Jamie Hawkesworth

Taka Ishii Gallery Photography / Film is pleased to present Preston Bus Station, an exhibition of works by Jamie Hawkesworth. The exhibition, which will be his first in Japan, presents 139 photographs from the series Preston Bus Station, in which he shot young people coming and going inside a brutalist bus station. The series was his first and became the foundation of his practice.