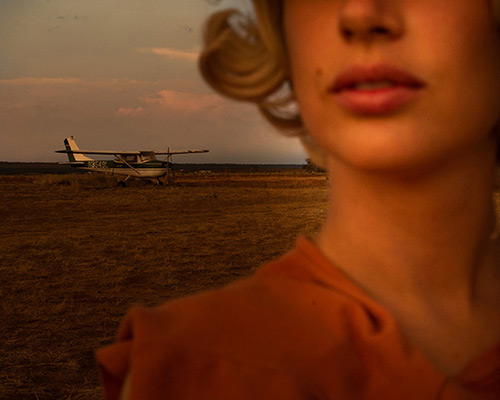 Tania Franco Klein, one of Artpil’s 30 Under 30 Women Photographers 2018 as well as a recipient of Aesthetica Art Prize, just closed out her series Proceed to the Route at Material Art Fair 2019. Almanaque, dedicated to contemporary photography, celebrating their 2nd year anniversary with a space in Mexico City’s Colonia Roma, represented her work.

In her recent photographs, Franco Klein appears to take up the mantle of the masters: the archetypes of Cindy Sherman’s Untitled Film Stills and the Hollywood lighting of Philip-Lorca diCorcia’s Hustlers, the shocking colors of William Eggleston and the mysterious, glossy poses of Jimmy DeSana.