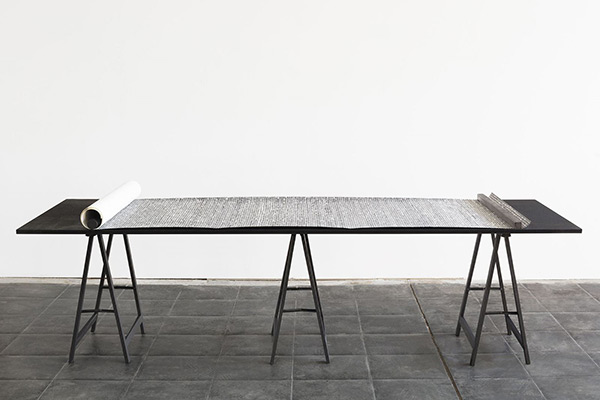 Zilberman is delighted to announce the exhibition Recurrence 2 with works by Heba Y. Amin, Alpin Arda Bağcık, Isaac Chong Wai, Pedro Gómez-Egaña, Zeynep Kayan, Sandra del Pilar and Simon Wachsmuth and curated by Lotte Laub. While the first edition in the Recurrence series focused on the reappearance of a 19th theme, namely the tension between nature and technology, Recurrence 2 looks at changes in how history is viewed as well as ruptures and transitions. It is about ambiguity rather than binarity (yes or no, for or against, right or wrong), while our tendency is always to simplify reality, so that we can get a grip on it, but at the same time this is exactly the starting point for conflicts and polarisations of the kind that are again heating up the world’s political climate.

In George Orwell’s novel 1984 (completed in 1948), the protagonist Winston Smith works for the Ministry of Truth where he is responsible for revising old newspaper articles from The Times and adapting them to the current party line in accordance with the party slogan: “Who controls the past controls the future.” The manipulative handling of historiography is clear here.