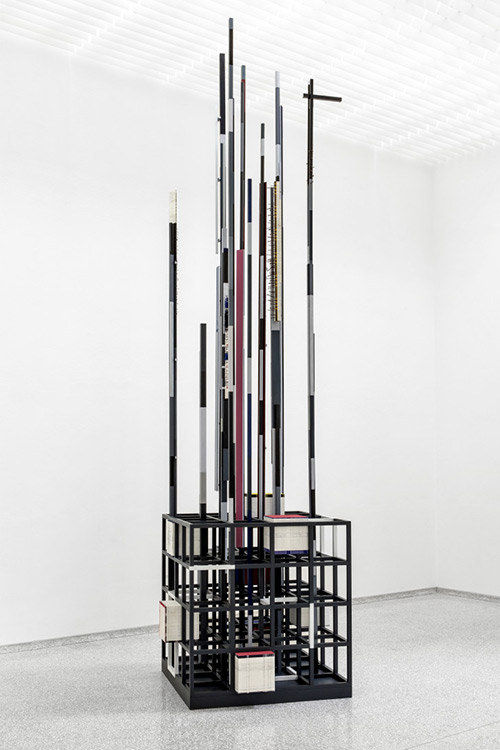 Remy Jungerman at the Stedelijk Museum: major survey of work from the last 15 years. The survey focuses on his artistic output of the last fifteen years and includes new work created specifically for the occasion.

Remy Jungerman’s sculptures, installations, panels, collages and screen-prints trace pathways of patterns from Maroon culture in Suriname, the African Diaspora, and the visual idiom of 20th-century Modernism. He is looking for an autonomous visual language by initiating a dialogue between abstract geometric patterns drawn from a multiplicity of visual traditions.

The exhibition’s title, Behind the Forest, is a direct reference to the Bakabusi. For which reason, Jungerman takes 2005 as the starting point for this overview of his artistic oeuvre. Jungerman draws parallels between the geometric patterns of traditional textiles indigenous to Maroon culture, and Modernism. Connecting, juxtaposing or contrasting cultures is intrinsic to his pursuit of an autonomous visual language, which deftly interweaves the cultures of the countries that define him: Suriname, the Netherlands and the United States.