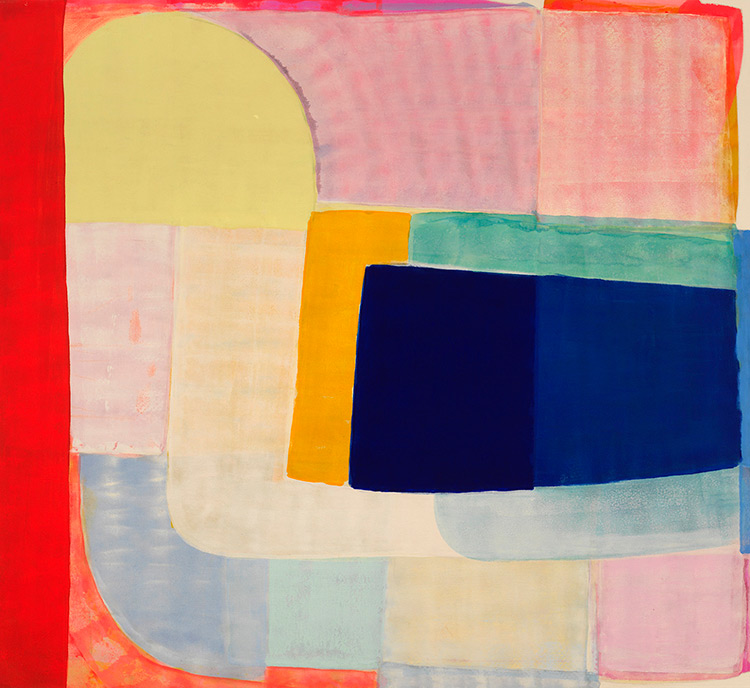 Alexander Berggruen is pleased to announce Shapes, a group show investigating geometric abstraction among a broad array of artists. The works included in the exhibition explore the vast possible interpretations of boundless iterations of form. Shapes can operate unhindered by their relation to the space around them. Or shapes can appear as relational fragments, sometimes recalling distinct objects and locations.

Certain artists in this exhibition employ shapes such that their works will operate independently from their surroundings. Ellsworth Kelly stated: “I have worked to free shape from its ground, and then to work the shape so that it has a definite relationship to the space around it; so that it has a clarity and a measure within itself of its parts (angles, curves, edges and mass); and so that, with color and tonality, the shape finds its own space and always demands its freedom and separateness.” Included within Shapes, Kelly’s 1986 Untitled wall relief of polished stainless steel cuts the space adjacent to the wall with its asymmetrical diamond edges, commanding autonomy.