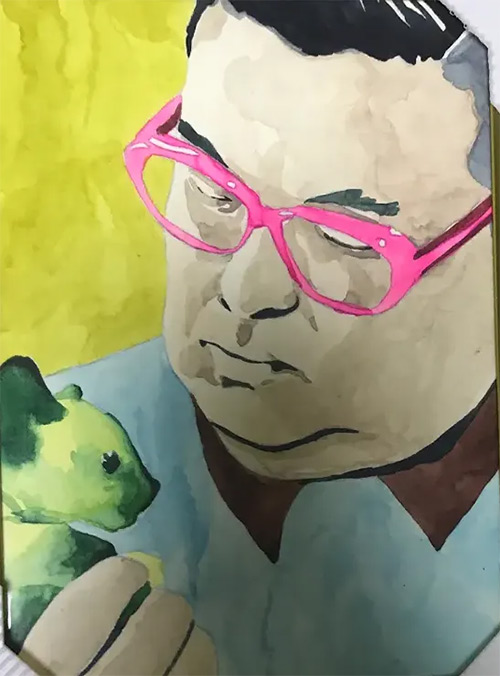 Arario Gallery Cheonan is holding the group exhibition of Korean artists, active both domestically and internationally and in their mid 30s to early 40s, titled The 13th Hesitation.

The exhibition starts with the question whether people in their ‘forties’ are still full of anxiety and hesitation when facing reality. This is the generation born during the late 1970s to early and mid 1980s, Korea’s greatest economic growth period, and they are now in the age group considered to have established the most stable foundation according to a verse in the Confucian Analects. Through this exhibition, Arario Gallery will introduce the works of 13 contemporary artists to empathize with the various problems of reality faced by young people, and give out a consoling message.

Born at a time when the economic growth rate exceeded 10%, this generation grew up with rich cultural benefits from an early age. They naturally encountered various foreign cultures since childhood, most received university education, and are the first generation to actively utilize communication culture along with the spread of personal computers and the Internet. They are also the main consumers of various subcultures. However the reality that they reached at the age of 40 is quite different from that of their parents’ generation. Taking in all kinds of social blows such as negative economic growth, the worst unemployment rate, soaring real estate prices, and an international pandemic, they are living a life that is somewhat distant from that of the baby boom generation who enjoyed the fruits of high growth which naturally lead to graduation, employment, marriage, purchasing homes, childbirth, and preparations for retirement. Standing on the grounds of a constantly fluctuating life, being the age of 40 in 2021 seems to be a state of barely being able to support your own body, situated in a cramped borderline between middle age and youth.