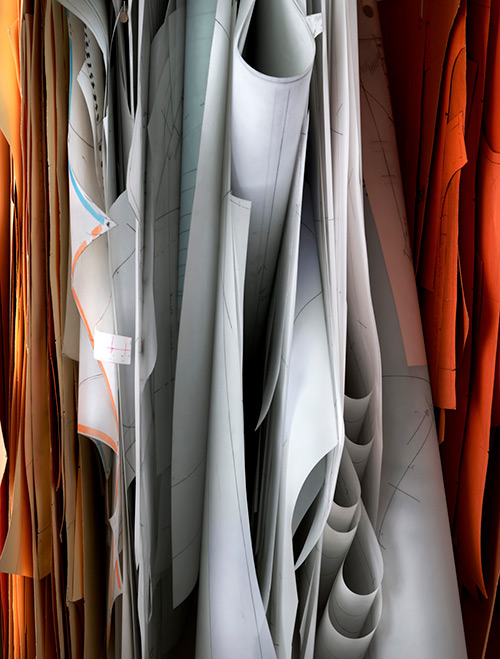 The photographs are the newest works in Thomas Demand’s Model Studies series, started in 2011, that depict details of working models by architects and designers, including John Lautner, Gio Ponti, and Hans Hollein. The cardboard and tracing paper patterns in the Alaïa photographs are remnants of the designer’s creative process and originally served as practical objects used in the making of garments.