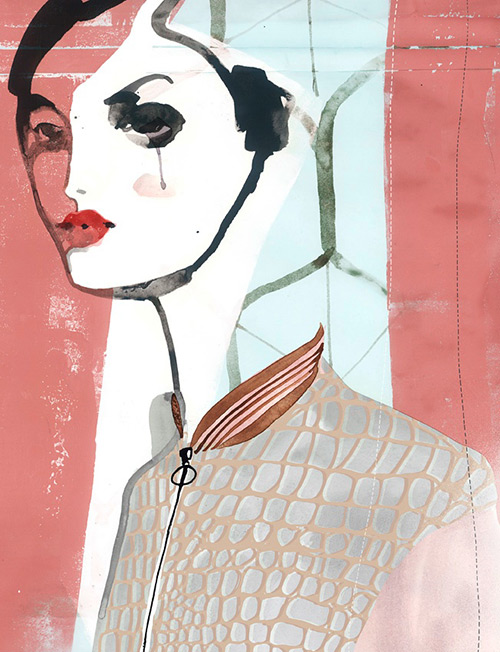 Tina Berning (b. 1969 / Braunschweig, Germany) is a Berlin based artist and illustrator. After working as a graphic designer for several years, she began to focus on drawing and Illustration.

She has since published and exhibited her award-winning illustrations worldwide.

Her work has been featured in publications like The New York Times, Vogue (Italia, Nippon, Germany), Die Zeit, Süddeutsche Zeitung, Architectural Digest and many others.