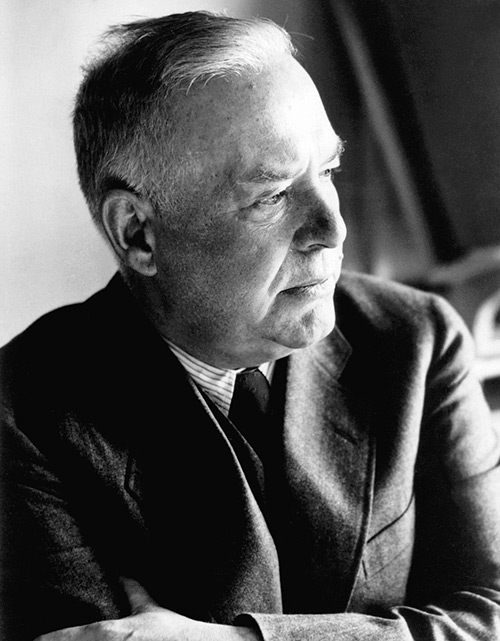 More than any other modern poet, Wallace Stevens was concerned with the transformative power of the imagination. Composing poems on his way to and from the office and in the evenings, Stevens continued to spend his days behind a desk at the office, and led a quiet, uneventful life.

Though now considered one of the major American poets of the century, he did not receive widespread recognition until the publication of his Collected Poems, just a year before his death. His other major works include Ideas of Order (The Alcestis Press, 1935), The Man With the Blue Guitar (Alfred A. Knopf, 1937), Notes Towards a Supreme Fiction (The Cummington Press, 1942), and a collection of essays on poetry, The Necessary Angel (Alfred A. Knopf, 1951).