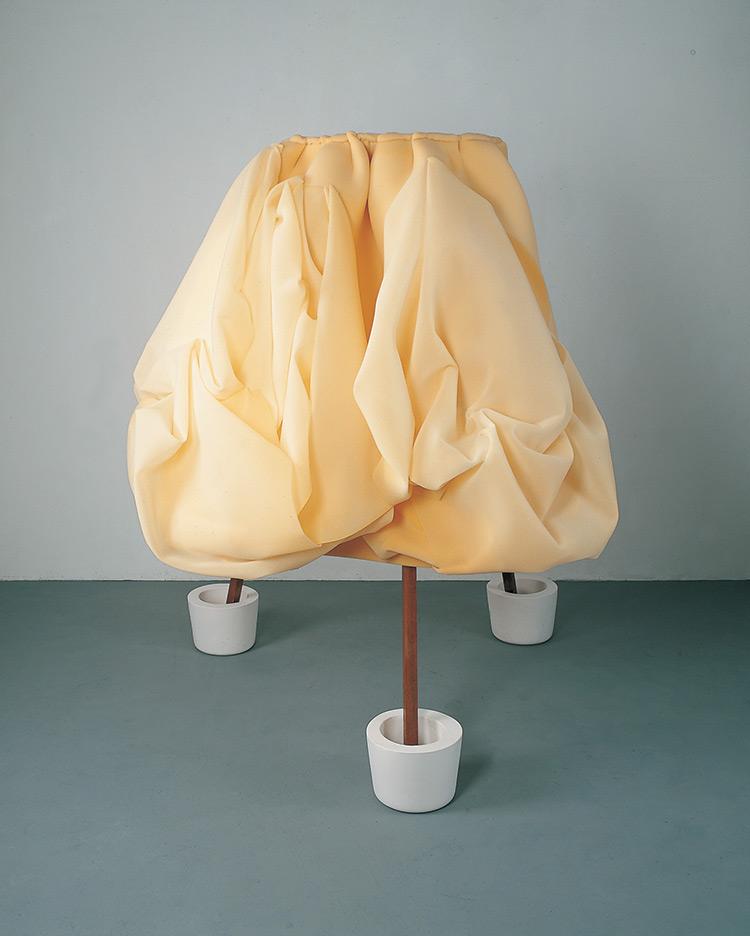 What I Saw Today, a solo exhibition by sculptor Chung Seoyoung (b. 1964), presents a total of thirty-three pieces, including her major works produced since 1993 and nine new works. Chung is widely recognized as an artist who played a leading role in promoting the contemporaneity of modern sculpture during the 1990s – the decade in which Korean contemporary art acquired diversity and individuality. To this day, she continues her artistic experiments, which malleably deal with the issue of sculpture across various media and fields including drawing, sound, video, and performance art. The title of the exhibition refers to the artist’s long-term habit of writing down the colors, textures, motions that are hard to define yet memorable fine residue at the end of the day. Therefore, What I Saw Today is the title of the artist’s notes on fragmentary thoughts, and a reflection of her formative perception that what we see is both a physical path to discerning the world and a platform for engaging with it.

Chung Seoyoung considers sculpture as a kind of relational “platform” that reveals a fluid state beyond a static object. Each of the diverse and complex elements impacting one another until the sculpture takes on a single form “moves, flows, appears, disappears, and then reappears.” As tangible and intangible fragments extant in fleeting thoughts, emotions, actions, objects, or situations, such elements are dispersed fluidly and independently within the broad spectrum of “I-object-world.” As such, “sculptural moments” refer to the points when these shortly share the same space-time, and form a relationship to reveal themselves; this is when a sculpture comes into existence. The first part of the exhibition includes three of her early works that fully embody the artist’s worldview and critical thinking. Lookout “subverts the consensus of known facts and beliefs about objects,” while Wave attempts to include the dynamic or the intangible in plastic arts. In addition, Chung’s unique language used in the forms of titles or text drawings is an autonomous and independent element, which undergoes the process of collision, conflict, selection, and extinction, and thus further diversifies the context. The single word “awe” added to -Awe permits various interpretations such as hesitation and wonder, implying new possibilities.