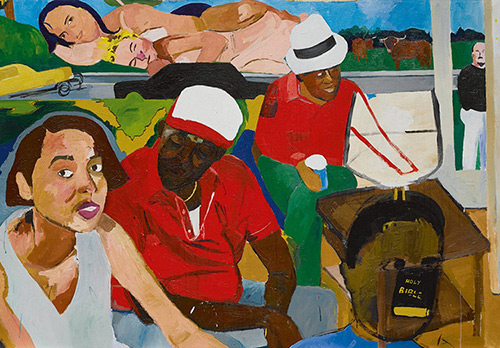 Once again, the movements of #WhileBlack and Black Lives Matter have been invoked by the swift succession of recent incidents reminding us that the pandemic is not solely from without.

From National Geographic’s recent launch of The Race Issue to the photo essay in honor of Dr. Martin Luther King Jr.’s birthday, the exposé on Haitian Art following the U.S. President’s disparaging remarks on black majority nations, to James Baldwin’s collaboration with Richard Avedon in Nothing Personal reissued by Taschen, we continue the conversation on race relations. Today we survey some artists, in America and beyond, who have created, inspired, and engaged, while black.