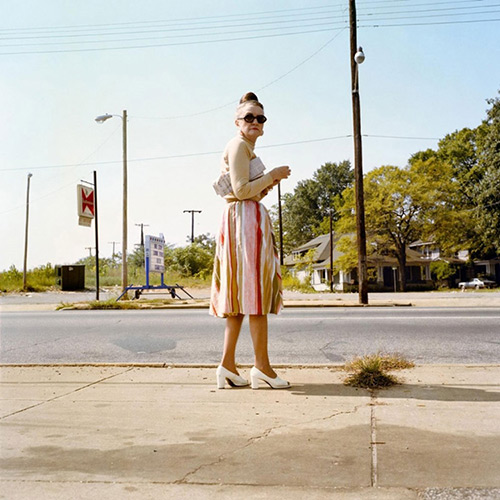 Over the course of nearly six decades, William Eggleston has established a singular style that deftly combines the vernacular subject with an innate and sophisticated use of color, form, and composition.

The works on view in 2¼ were taken around 1977 throughout California and the American South following the artist’s groundbreaking exhibition of color photography at Museum of Modern Art, New York, in 1976. Eggleston shot the images using a two-and-one-quarter-inch square-format camera. The resulting photographs of individuals, cars, parking lots, and local stores and businesses speak to the uniformity of postwar material culture while revealing the distinct character and individualism of the people and places that populate the American landscape. Many of the images in 2¼ were first published as a monograph of the same title by Twin Palms in 1999. Several were also included in Cadillac, a portfolio of thirteen chromogenic prints that Eggleston produced the same year.