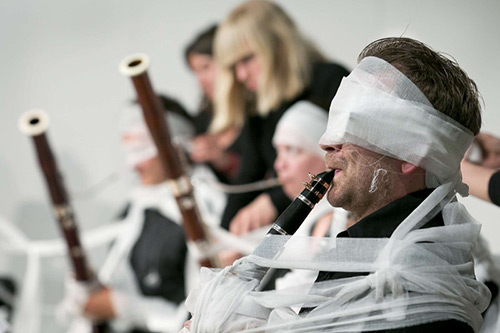 Yoko Ono is one of the most influential artists of our time. Her performances and actions in the 1960s and 1970s have achieved cult status. Some of them will be restaged and exhibited at the Kunsthaus Zürich. The artist is personally involved in the conception of the exhibition, Yoko Ono. This Room Moves at the Same Speed as the Clouds.

Since the beginning of her career, Yoko Ono has dealt with important socio-political issues that are still of great relevance today. She has always been committed to peace in the world and campaigns for feminist causes. Ideas always play the central role: sometimes she formulates them in a playful and humorous way, sometimes very radically, then again very poetically. She turns some ideas into objects, while leaving others immaterial. The artistic work of Yoko Ono is correspondingly diverse. It includes sculptures, works on paper, installations, performances, film and music. Kunsthaus curator Mirjam Varadinis, together with Yoko Ono and her longtime curator and friend Jon Hendricks, selected around 60 of them and arranged them into an exhibition.